A Monumental Ceremony for Provincetown 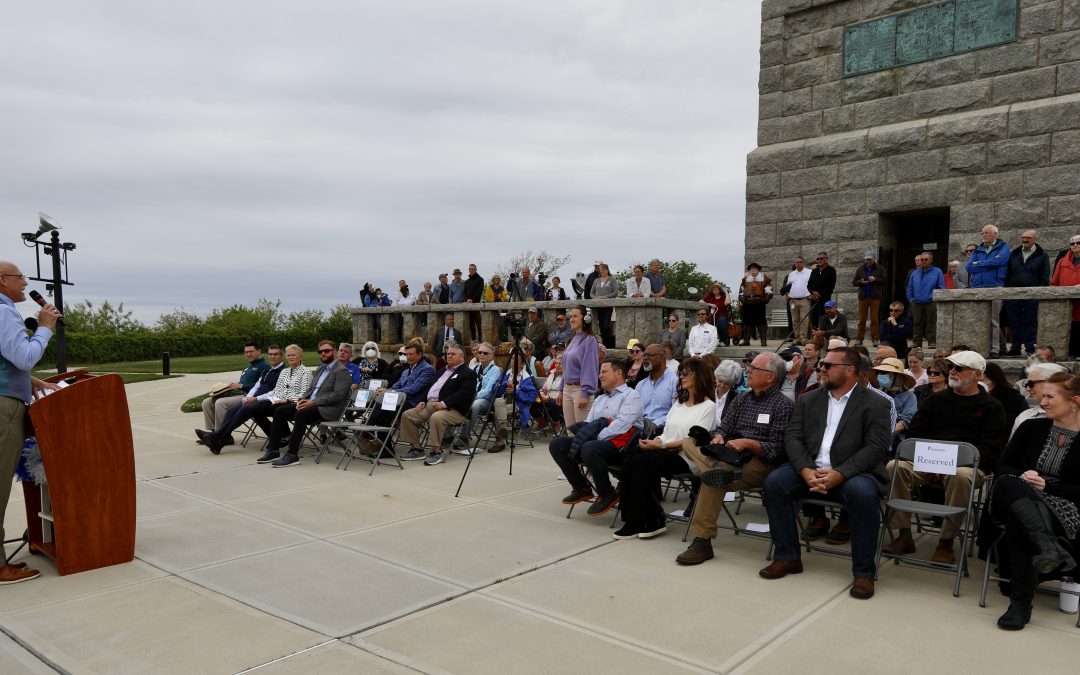 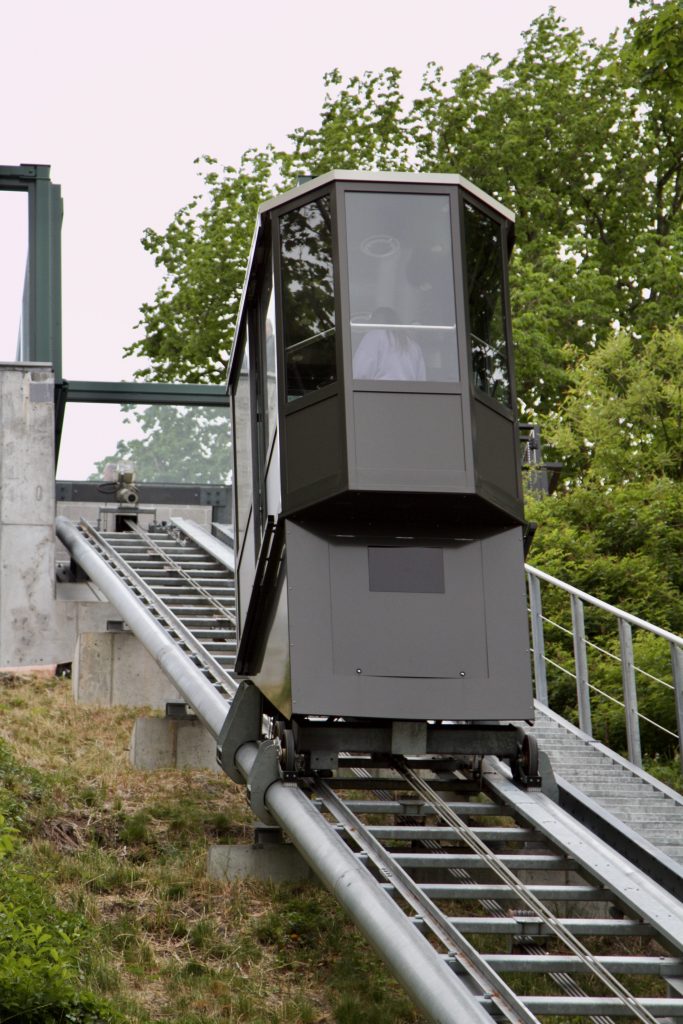 Provincetown is often described as beautiful, exciting and especially welcoming. Yet, perhaps above all else, our town is known for its inclusiveness. This is more apparent than ever following our recent ribbon-cutting that officially opened the new ADA-compliant (Americans with Disabilities Act) inclined elevator, a sleek unit that rolls up High Pole Hill extending our front door down to Bradford Street.

Conceived a century ago, construction began in earnest on what became known as the Bradford Access Project. The goal was to re-connect the dream of our Association’s founders to create a stronger physical connection between the heart of Provincetown and the Monument. Despite the untimely presence of COVID-19, progress was swift and the work successful. And to mark its completion, a ceremony was held on June 1 at the base of our 252-foot tall granite tower, which rises 350 feet above sea level to provide dramatic vistas of Provincetown, its coast and the surrounding area.

Now, anyone can climb aboard at Bradford Street and take a scenic ride up the hill to share the stunning vistas alongside friends and family with limited mobility. 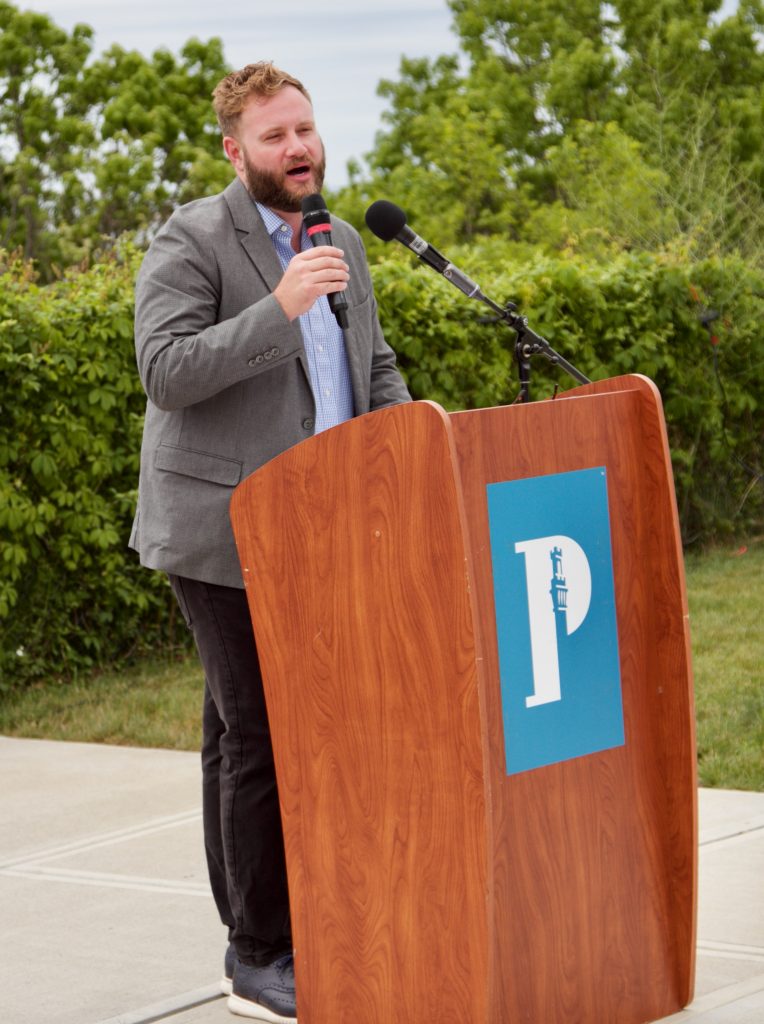 Together at the finish line 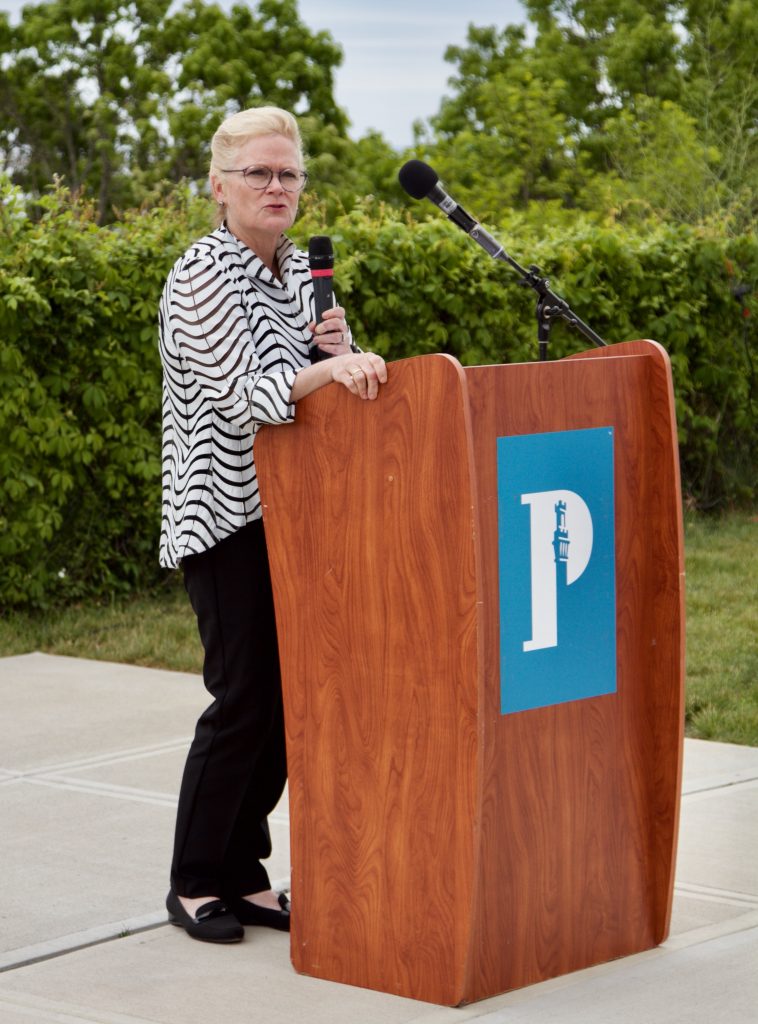 A crowd of supporters, those involved with the project and officials were on hand at the ribbon-cutting, including a number of special guest speakers. Lisa Oliver, the president of The Cooperative Bank of Cape Cod, and Massachusetts State Senator, Julian Cyr, spoke about the significance of the undertaking. Cyr read a proclamation from Governor Baker, which noted:

“With the Grand Opening of the Inclined Elevator, the Pilgrim Monument will now be connected to downtown Provincetown. The inclined elevator will enable everyone to enjoy the rich history of Provincetown while providing all with ADA-compliant access to the Monument grounds from Bradford Street.”

John Bologna, president/CEO of Coastal Engineering and lead engineer of the project, had been involved since the very start. Sharing the joy and relief that comes with finishing a project of such magnitude, John joked: “Everybody had some part in the success of the project. And one of the best indicators of that success is that we’re out here today and still talking to each other.” 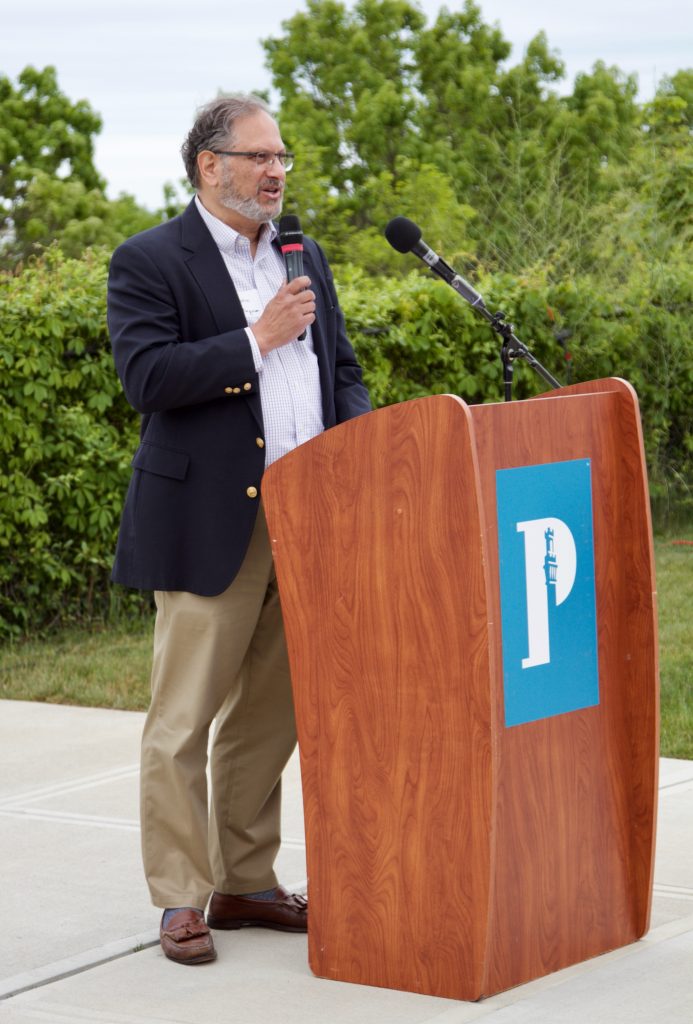 Elevating our sense of history

The ribbon-cutting was highlighted by a number of honored guests. Renowned Provincetown vocalist, Denise Page, performed a stirring rendition of the Star Spangled Banner. The Provincetown Police Department Honor Guard was on hand to raise the American flag. Also attending were former and current trustees, local officials and major donors. This included Jay Cashman, founder and chairman of the eponymous construction and development company that was so vital to the project.

It’s a good sign the initiative began and was completed with the Cashman name represented. Cashman’s great-great-uncle was a marine contractor who owned a quarry in Stonington, Maine and helped lay the cornerstone when construction began. The granite blocks we see today in the Pilgrim Monument came from John Cashman’s quarry back in 1907. Coincidentally, once the blocks were moved to Provincetown, they were carried up High Pole Hill on a rail system that appeared familiar with today’s engineering marvel. In a Q&A about the project, Cashman noted, “I guess you could say that the rail system was the original inclined elevator!”

The Pilgrim Monument is the embodiment of Provincetown, a welcoming beacon guiding all to safe harbor, one marked by acceptance and equality. And the new inclined elevator ensures everyone can not only enjoy one-of-a-kind views, they can access the Provincetown Museum.

That’s important because PMPM is dedicated to cultivating TRUTH – Tolerance | Respect | Unity | Trust | Her/History. This easier accessibility enhances our ability to educate visitors about the area’s original inhabitants, the Wampanoag Nation as well as those who throughout the years have come to call Provincetown “home” and have contributed to making our town the great place it is today. What’s more, facilitating foot traffic from the top of High Pole Hill to the heart of downtown will bring additional economic benefits to local businesses.

That said, with the opening of the elevator, a new chapter begins and as it plays out, we are confident that it will present new opportunities to show everyone the full beauty of Provincetown from the top of High Pole Hill. 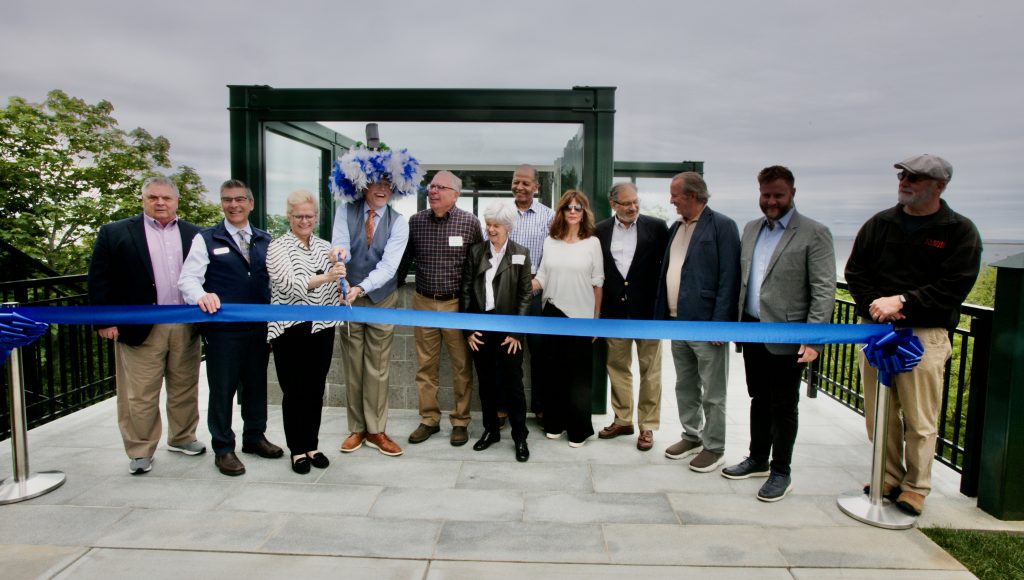 The elevator is open!