The Pilgrim Woman: A Q&A with Sculptor, Podcaster and Adventurer, Rachel Carter 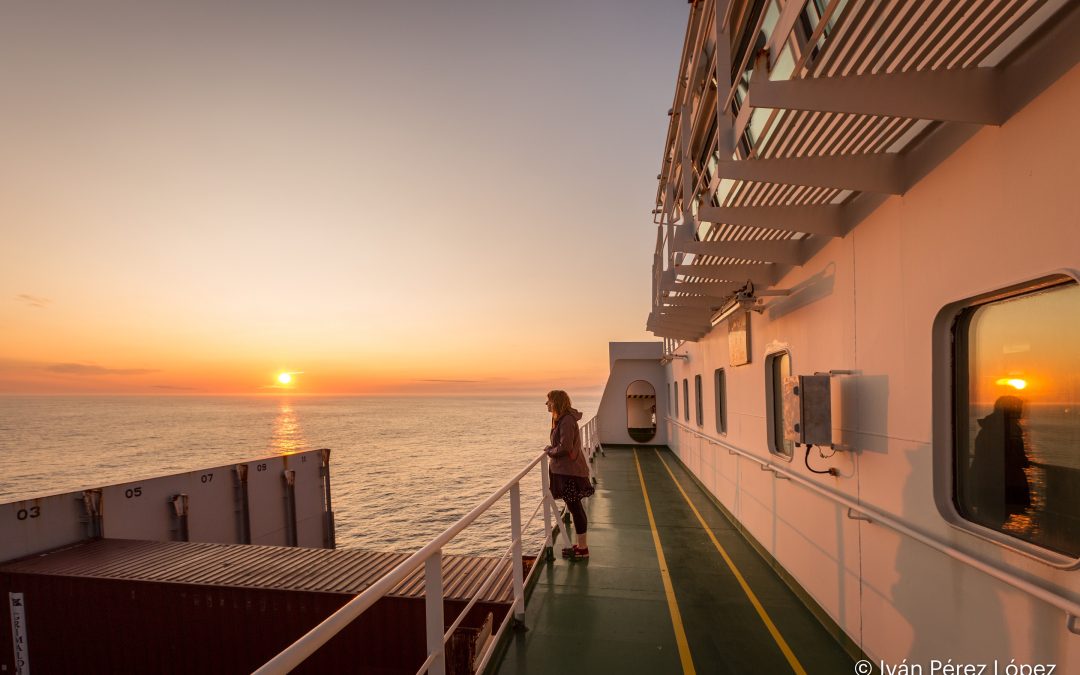 While Provincetown is observing the 400th anniversary of the Mayflower’s arrival, it’s important to remember it also marks the departure of Separatists fleeing the British Midlands in pursuit of religious freedom. For artist Rachel Carter (RC) of Nottingham, a commission for a commemorative sculpture turned into much more, including crossing the Atlantic on a cargo ship to relive the Pilgrim’s journey, a PMPM residency and podcast series on her adventures. We spoke with Rachel recently to get all the details.

PMPM: There’s a lot to unpack here, so let’s start at the beginning by telling us about your commission.

RC: Just as you have Provincetown 400, there’s a British nonprofit called Mayflower 400 which commemorates the Separatist’s departure from the Midlands. They endorsed my sculpture titled “The Pilgrim Woman” that would be used for a limited edition replica as well.

I wanted the piece to be historically correct and felt I needed – as much as possible – to understand what the 19 women who made the journey experienced. So, I decided to make my crossing on a cargo ship, which was actually the real function of the Mayflower, too. On July 27, 2019, I boarded for an eight day trip to Halifax, Nova Scotia, then flew down to Boston for research, and later traveled on to Provincetown for a very enjoyable two-week residency with you folks.

RC: Well, we’re so connected today, but the Pilgrims were trapped on board and totally cut off from communication with their families. They left loved ones who had no idea where they were or if they’d arrive safely. My experience was similar, as I had no contact with the outside world for the duration of my voyage. I really missed hearing the voices of my family and friends.

Along the way, I read an account by William Bradford about the voyage and settling in the New World. I also looked at imagined letters written by Highcliffe Music from Mary Brewster, wife of William Brewster, sent to her two daughters, Patience and Fear, who remained behind and wouldn’t join their parents until 1621 and 1623 respectively.

PMPM: What did you learn?

RC: To be clear, we’re talking about two very contrasting journeys. Yes, I was seasick, and being a vegan basically meant cabbage and potatoes, but a modern 1,000 foot cargo ship is a far cry from a 100 foot wooden one without modern navigation or conveniences. Mary and her fellow passengers faced dangerous seas, cramped quarters, illnesses that led to deaths, abusive treatment from sailors. The whole time, she aided her husband in his tasks as a community leader, took care of her own two young boys, oversaw other children and sick adults. Most poignant were Mary’s imagined letters that weighed her delight in escaping England against the pain of missing her daughters.

My inconveniences were obviously very minor, but I tried reading the historic accounts in real-time for a better perspective. Also, keep in mind I was on the seas for only eight days, the Mayflower was for 66. Things can get boring, which I could fight with walks on deck or experimenting with knotting, stitching and macrame techniques I’d later use in my work. But, that said, there really is something genuinely exciting about finally catching sight of land.

PMPM: You landed in Halifax and then went to Boston before travelling onto Provincetown. Why?

RC: Mainly, I was interested in visiting Harvard University’s Peabody Museum. There I was able to view and sketch artifacts involving weaving and knotting, particularly from the Wampanoag Tribe. It’s an invaluable resource for an artist to view such intricate pieces created by the people of the First Nations so long ago. It helped my work quite a bit.

PMPM: Your whole adventure, including your residency and experiences in Provincetown, are chronicled in a podcast series, correct?

RC: Yes. “The Spirit of Mayflower Podcast” is a 20-part series, beginning with my departure from England, ending with my trip home, and covering all stops in between. A particular highlight of this is Wyn and Ella Pritchard of Highcliffe Music who provide a historical dramatization with readings of segments from Mary Brewster and William Bradford’s accounts. They also provided some exceptional original music.

PMPM: Before returning home and creating “The Pilgrim Woman,” you did an artist residency at PMPM. What was that like?

RC: In addition to my research and art studies, my family’s work as lace weavers can be traced back 400 years. So, I had the opportunity to teach hundreds of visitors and provide a hands-on experience making such things as  bracelets and key chains. This also provided me with an opportunity to do further research into the Wampanoag and their techniques. I learned a lot in Provincetown, and whereas it was August 2019, there were so many fun activities and additional adventures, which are chronicled in episodes five and six of the podcast.

PMPM: OK, now let’s get to the results, the breathtaking sculpture, “The Pilgrim Woman.” Tell us about it.

RC: The key focal point is that she’s wearing typical Tudor attire which includes a fitted woolen kirtle gown, a linen shift, headdress and bonnet. It’s period working class attire, authentic and custom made by the Sewing Group at Gainsborough Old Hall in England. I put it on, was surrounded by 160 cameras, and a 3D scan was made and edited. Eventually, when I felt we had the 3D model right, a finished version was eventually cast in bronze. There are now two statues in the Pilgrim Roots district of the Midlands, where it all began.

PMPM: Final question. Our Executive Director has said your journey “supports our inclusive mission of diversity, tolerance, and protecting and promoting our history.” Do you agree?

RC: You know, I do. A woman’s perspective back then, and frankly, throughout history, is not usually or adequately reflected. Provincetown is a unique place – welcoming and supportive of all looking for fairness. I’m grateful for this opportunity and also the chance to make sure real history is being reflected and taught, like it is at the PMPM.

If you’re interested in learning more about Rachel Carter’s “The Pilgrim Woman” or getting a limited edition replica,  please visit here for details!