Our Story: A Q&A with Curator of Upcoming Exhibit Addressing Portrayal of Wampanoag Tribe, Pilgrim Relationship 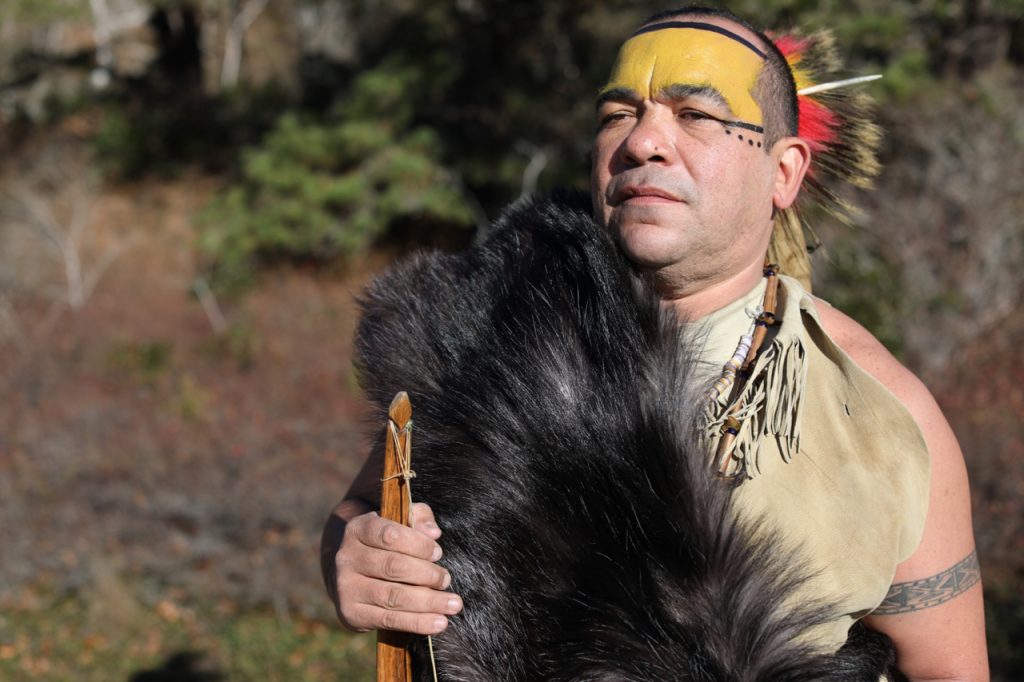 With the 400th anniversary of the Mayflower Pilgrims’ arrival, Provincetown will remind the world of its place as a champion of diversity, inclusiveness and tolerance. At Pilgrim Monument and Provincetown Museum (PMPM), it’s our mission to make sure this history is told correctly. That’s why we’ll soon debut a new permanent exhibit, “Our Story: The Complicated Relationship of the Indigenous Wampanoag and the Mayflower Pilgrims.”

“Our Story” is curated by SmokeSygnals, the leading Native American creative agency in the Northeast, led by Paula and Steven Peters, a mother and son who are members of the Mashpee Wampanoag. PMPM caught up with creative head, Steven (SP), to discuss the exhibit’s goals and how it’s shaping up.

PMPM: Tell us what to expect with Our Story?

SP: It’ll be interactive, modern and technological, but most important — accurate. We’re incorporating touchscreen kiosks, video, artifacts and large panels. We’ll have cases with beadwork, wampum and Pilgrim items, too. We’ll keep displays in the center area mobile so we can rotate in new components, pieces from other museums or to create space for special events.

All of it will illustrate the early history of the Wampanoag on Cape Cod, including the 1620 arrival of the Mayflower, which is only part of the story – and one that’s not always portrayed correctly.

PMPM: Could you explain?

SP: For example, we’re removing the current murals dealing with the first encounter between the Pilgrims and Wampanoag. The Pilgrims are depicted as valiant heroes and the Wampanoag as angry aggressors, which simply wasn’t the case. Also, during their five and a half weeks in Provincetown, the Pilgrims stole corn from the Wampanoag and even desecrated sacred burial grounds. That part often gets left out.

PMPM: How will you set the record straight?

SP: The exhibit will correct that image, and other stereotypes, and replace it with real history. What people will see is a timeline from 1609 through 1621. Often, the story – as taught in schools and widely understood – begins in 1620 when the Pilgrims arrived. However, a lot happened in the relatively short time span just prior, events that weren’t so pleasant.

PMPM: This was a key point as we planned Provincetown 400. Many people view it as a celebration. We are excited for the programs, but to “celebrate” the events of 1620 would be disrespectful to those who were oppressed. So we see it as a “commemoration” instead.

SP: Exactly. We want people to understand and appreciate the difference. And “Our Story” aims to help make this happen.

PMPM: So what did happen? What are the misconceptions?

SP: For starters, Tisquantum, referred to as Squanto in history, was kidnapped from his Patuxet village by an English explorer and brought to Spain as a slave. That’s how he learned to speak English, and when he returned, was able to interact with the Pilgrims.

The taking of slaves was common and there was a lot of fighting; the relationship between Europeans and the natives was always contentious. The settlers tried to impose their rule, but the natives had their own ways, and there was bad blood. Then, a plague decimated the Wampanoag Nation; there are reports of 100,000 dying during that time. This weakened them to a point where they needed allies, even the Pilgrims.

Had the disease not ripped through the Tribe, the Wampanoag probably would have less receptive to the settlers, based on previous experiences. So, the perception that this was a welcome, amicable relationship and a benign situation isn’t true.

PMPM: Tell us more about Our Story’s creation and your intentions.

SP: We started pulling some old displays down in January. We’re not going to just erase what was there, but rather, we’re putting it into context. So, there will be a section of the exhibit that explains our updates and why we made particular changes.

We also want to educate visitors on broader, more contemporary stereotypes of Native Americans. For instance, my mother – who handles research and writing – cites a television program from the 1960s called “F Troop.” It was a silly show, depicting Native Americans as fumbling and not speaking correctly. We’re addressing those types of stereotypes and their dangers, too.

We’ve shot all the videos and we’re in final editing. The panel designs are approved and we’ve moved into production. We’re working some Native American elements into their construction, like frames made from birch and brain-tanned deerskin, which adds to the experience.

PMPM: Can you tell readers what opening plans are?

SP: We’re on target to be ready by PMPM’s reopening in April. There’s a lot of technology involved and we want to make sure we’ve worked out any issues before people start interacting with it. We’ll likely do a soft opening, then plan a large social event in the foreseeable future. We’re considering a few ideas, incorporating speakers, hand drummers, native and colonial food, maybe museum cast members in period wardrobe.

PMPM: Where can folks see some of your other work?

SP: We have an exhibit at the New England Historical Genealogical Society on Newbury Street in Boston. We just finished one focused on female historical figures at Pilgrim Hall Museum in Plymouth. The Mohegan Sun Museum, Long Museum, Box Museums; folks can check our website for more examples.

“Our Story: The Complicated Relationship of the Indigenous Wampanoag and the Mayflower Pilgrims,” opened at the Pilgrim Monument and Provincetown Museum in 2020. 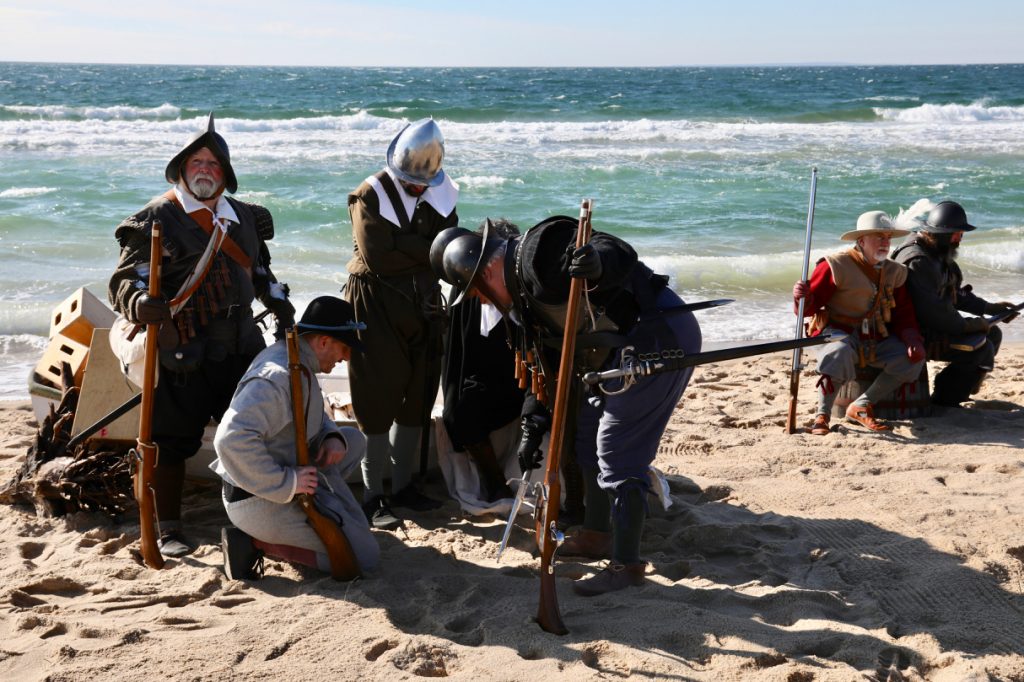