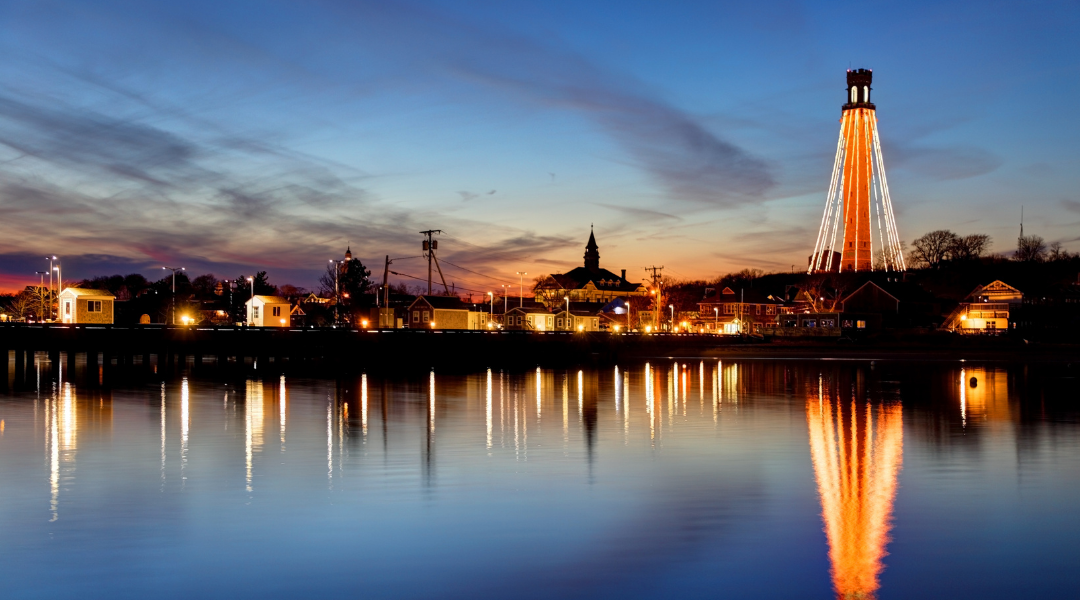 The Pilgrim Monument lighting will occur at 6pm ET on November 11, 2020. The PMPM grounds will not be open to the public during the lighting

We are heading into one of my favorite times of the year. I love the cool autumn morning walks in our seaside community, the holidays with loved ones, and of course, the annual lighting of the Pilgrim Monument. Seeing it all lit up is an amazing sight and we’re proud to illuminate the Provincetown skyline, shedding light on our mission of acceptance and tolerance.

Something different, but more accurate

2020 marks the 400th anniversary of the Mayflower’s landing in Provincetown. Historically, we’ve held our annual lighting ceremony the evening before Thanksgiving, which is roughly when the Pilgrims actually landed. 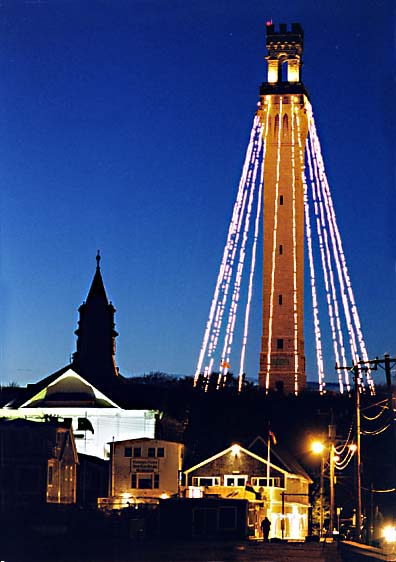 This year, we are lighting the Pilgrim Monument on Wednesday, November 11. Unfortunately, we will not be able to have our usual festivities and fireworks in 2020 due to the pandemic. But why, November 11, you may ask? Because that is the date the Pilgrims marked in their diaries as having made landfall in our harbor. However, one item to note, they were using the commonly accepted (at the time) Julian calendar.

A little history – Julian vs Gregorian

The Julian calendar was named for Roman emperor, Julius Caesar, who implemented its use as a means of addressing the fact that by 40 BCE, the Roman civic calendar was running three months ahead of the solar calendar. Advised by Egyptian astronomer, Sesigenes, the Julian calendar calculates a year as 365 days, six hours. As it turns out, that duration is slightly inaccurate and exceeds an actual solar year by 11 minutes and 14 seconds. While 11 minutes may seem minuscule, over roughly 1,500 years, the calendar no longer matched up with where the Earth was in its trip around the sun.

To overcome this, in 1582, Pope Gregory XIII, proclaimed the advent of a new system — the Gregorian calendar — which takes into account the accurate duration of a year and is still in use by the world today. The Gregorian and Julian calendars currently differ by 13 days and that amount increases by a day roughly every 129 years.

So, in actuality, the Pilgrims landed in Provincetown around November 24, 1620. However, for this historic and commemorative year, we decided to observe the date they recorded in their Julian calendars — November 11.

What it means to us

As in years’ past, the Monument is lit as a representation of the time the Mayflower Pilgrims spent in Provincetown, exploring the coast by shallop, doing much overdue laundry, and meeting the indigenous Wampanoag people. Eventually, they did raise anchor, move on and made a certain rock in Plymouth (a bit too) famous. 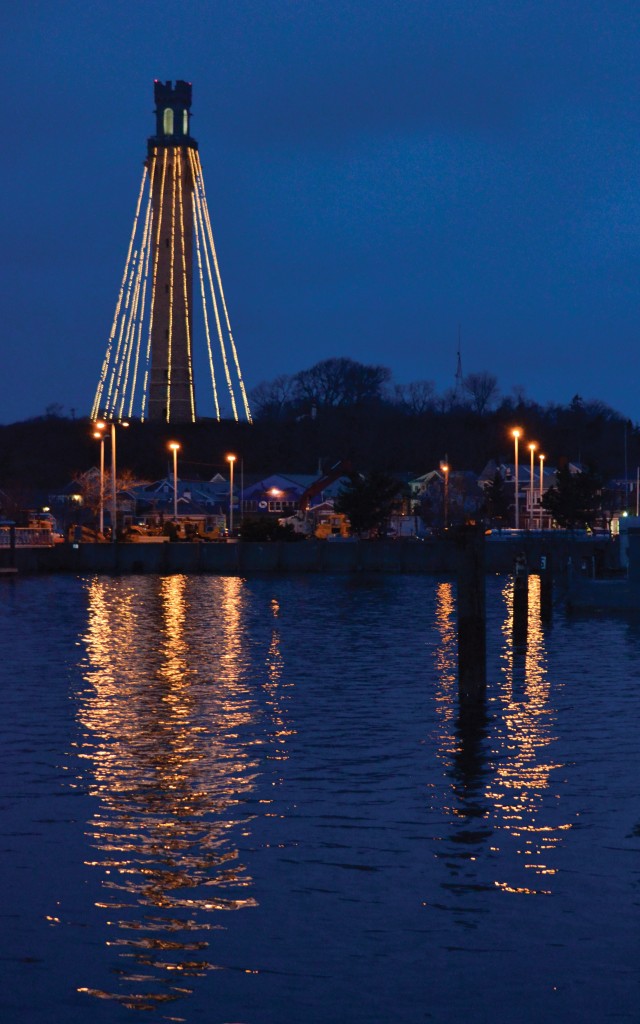 At face value, the lighting of the Pilgrim Monument commemorates the time the Mayflower spent in Provincetown. But it means a lot more than that to us, today.

The Monument is an icon in our community. It stands tall for everything our town represents: tolerance, acceptance, justice and equality. It is our symbol to the world and a reminder of Provincetown’s prominent place in American history.

Not only did the Mayflower land here first, the Pilgrims signed, in our harbor, one of the first examples of the United States’ modern day, representative form of government: The Mayflower Compact. On Bradford Street, the Bas Relief Park depicts this historically significant event. It is only fitting that our new inclined elevator, when it opens next year, will extend the Pilgrim Monument’s front door down to Bradford Street and further tighten the bond between the two monuments that represent such important pieces of our history.

To see the Pilgrim Monument lit and dominating the winter skyline is a truly inspiring sight. It is a reminder to our community of why we love Provincetown, its rich history, and why it is paramount that we tell our town’s beginnings accurately and transparently.

When new immigrants to the United States first laid eyes upon the Statue of Liberty, they knew their long Atlantic journey was coming to an end and their lives in the new world were about to begin. Much like those sailing into New York, whether you arrive by land, sea or air, the first thing you will see as you approach Provincetown is our Monument, standing high and bright above everything else, serving as a beacon of welcome to pilgrims of any kind, from any place.

And if visitors want to think we just did it to be festive around the holidays, that’s fine, too, but you know what it really means.