A History of Monumental Achievement and Coincidences 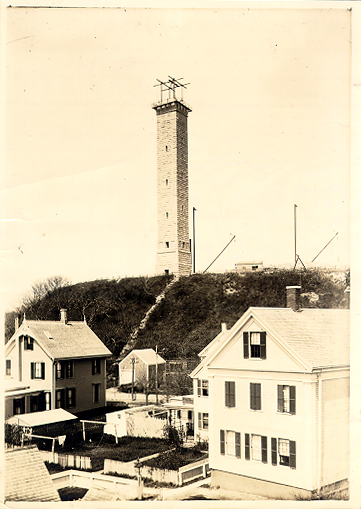 Just months ago, construction began on the Bradford Access Project with a goal of creating a stronger physical connection between the heart of Provincetown and the Pilgrim Monument. Already, you can see the form of an inclined elevator taking shape. Upon completion in early 2021, it will enable visitors and tourists to easily access and shuttle between both areas, bringing additional economic benefits to local businesses.

It’s a big undertaking but not the first time Provincetown has seen a transport system thread its way up High Pole Hill. In 1907, a railway with motorized cars was built specifically to move the massive granite blocks used for the Monument up the slope. Keep in mind that this is the tallest all-granite structure in the U.S, so there was a lot of material to move.

Yet, this is not the only instance of history repeating itself and odd coincidences surrounding Provincetown’s “monumental achievements.” 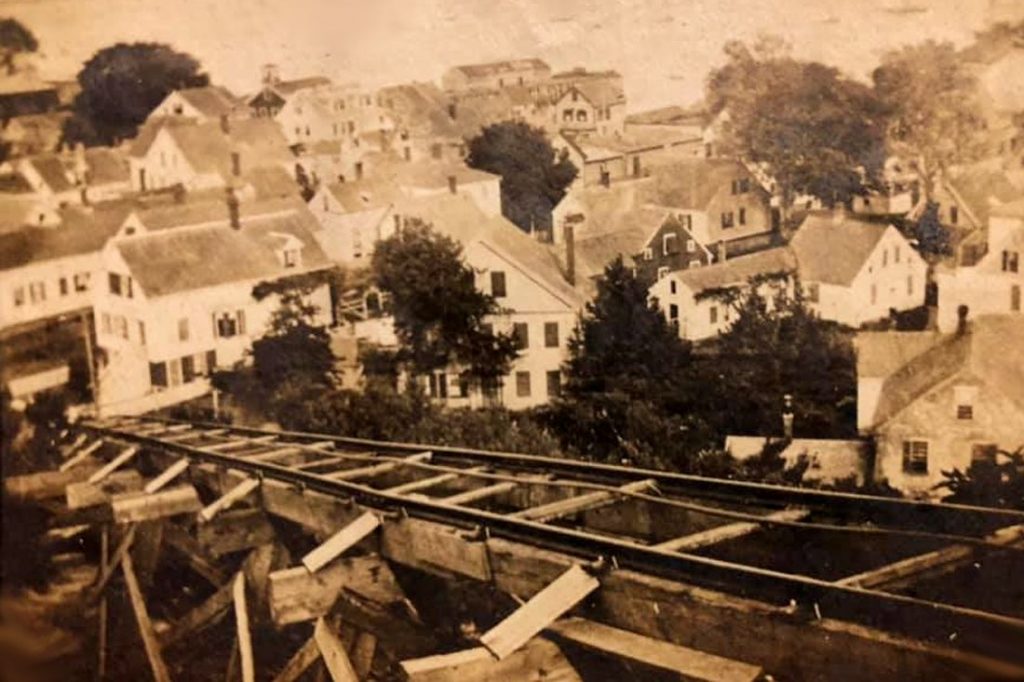 The Pilgrim Monument is 252 feet, 7.5 inches tall (77 meters). Set atop High Pole Hill, it rises an imposing 350 feet above sea level to offer unmatched views of thetown, coast and region. Each of the large granite stones used in its construction are also the same thickness of the walls. The first piece of granite set in place weighed 4,000 pounds.

The granite was shipped from a quarry in Stonington, Maine, unloaded, carted to the railway’s start on Bradford Street, then taken to its lofty destination. The owner of the quarry was John Cashman. If the name sounds familiar, it should; he was the great-great-uncle of Jay Cashman. As founder of Jay Cashman, Inc., Mr. Cashman has carried on the family legacy and connection to the Monument by donating $150,000 to the Bradford Access Project, as well as his construction company’s expertise, time and resources.

Cashman’s ancestor actually helped lay the cornerstone of the Monument, commemorating the Pilgrim’s landing in the New World alongside special guest, Theodore Roosevelt, who officiated the event. Ironically, the President traveled to the ceremony aboard a government yacht named the Mayflower with the entire Atlantic fleet of the U.S. Navy in tow.

When the Monument was completed, a dedication was held on August 5, 1910 – the anniversary of the exact day the Pilgrims set sail for America. The elaborate ceremony was attended by President Taft, once again aboard the yacht Mayflower, which dropped anchor in Provincetown in nearly the exact spot where its namesake had done the same in 1620.

There was a great sense of relief when construction of the Monument was completed and not a single worker had been seriously injured or killed, which was not common for such large scale projects. However, there was one tragedy related to its building; the freakish death of an 84-year-old Provincetown widow named Rosilla Bangs.

It’s been speculated that a motorized rail car, resting atop the hill, was set loose from its tether when it was struck by lightning. While the cause might be debatable, the outcome wasn’t. The vehicle careened down the hill, crashed through a timber barrier at the bottom and into Bangs, killing her instantly. The car proceeded to travel through the fence of a home owned by Enos N. Young on Bradford Street, eventually coming to a stop in a neighbor’s yard.

The death certificate noted Bangs’ cause of death as a “concussion of the brain and multiple injuries accidentally received by breaking of cable and descent of the supply car.” Not only was the town clerk who filed the certificate the same Enos N. Young, the accident occurred on August 5, 1908 – exactly two years to the day before the Monument dedication would take place.

The Monument embodies the spirit and attitude of Provincetown itself. It has long stood as a welcoming beacon, even literally providing mariners and fishing crews a landmark for finding safe harbor. It is a symbol of tolerance, acceptance and equality. The Bradford Access Project furthers this; the inclined elevator will comply with the Americans with Disabilities Act to ensure everyone can experience the breathtaking, one-of-a-kind views.

Equally important, it ensures all can access the Provincetown Museum, too. The institution is dedicated to cultivating truth, education and inclusion, supporting a mission that aims to preserve the rich heritage of our town and its original inhabitants, the Wampanoag Nation.

It also embodies the spirit and attitude of Provincetown itself. 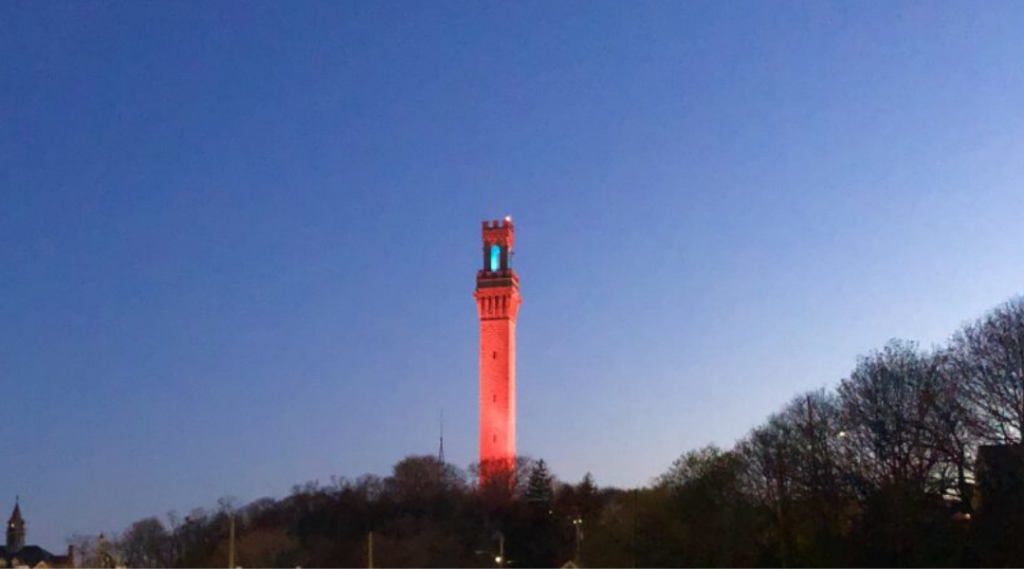 On the day the dedication ceremony of the Monument took place, it was followed by a dinner at Town Hall. A rain began to fall afterwards, forcing people hoping to celebrate further to take cover. Outside, electricians stood firm, continuing to hang strings of bulbs, completing their task and lighting the Monument in time for nightfall. Reportedly, festivities resumed and continued very late into the evening.

That, too, is history repeating itself. In Provincetown, we work hard – and we celebrate hard.