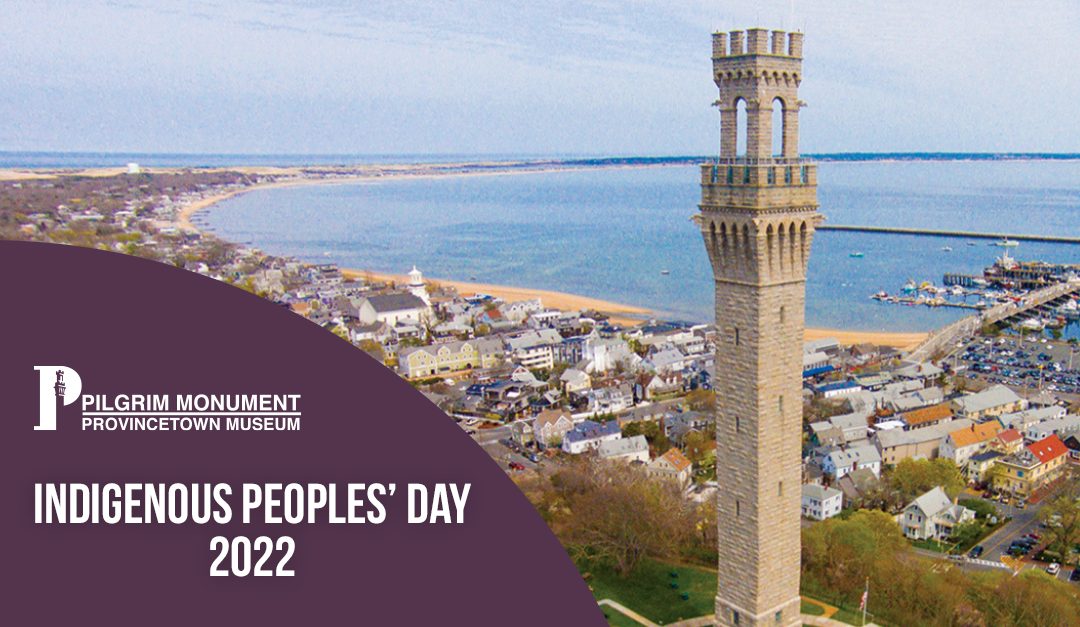 As PMPM continues to promote its mission of TRUTH – Tolerance-Respect-Unity-Trust-Her/History – we are very glad to see the rest of the country helping to right the ship. The second Monday of October has been celebrated by Americans for almost 100 years. But now, the observance of the day is taking a new, and much-needed, direction. President Biden issued a proclamation that today – Indigenous Peoples’ Day –  “we honor the sovereignty, resilience, and immense contributions that Native Americans have made to the world.”

This year, more than a dozen states will have replaced Columbus Day with Indigenous Peoples’ Day. 11 more, plus the District of Columbia, observe it via proclamation and 10 states recognize it as an official holiday. This is critical to our nation’s history, and it can be strongly suggested, is more so than the arrival of both Columbus and the Mayflower.

Here is why today is so significant.

History has an interesting way of writing itself through very biased lenses. The lessons taught to us in elementary school painted the Pilgrims as noble and heroic, while the Indigenous Wampanoag they encountered were described as “noble savages.” 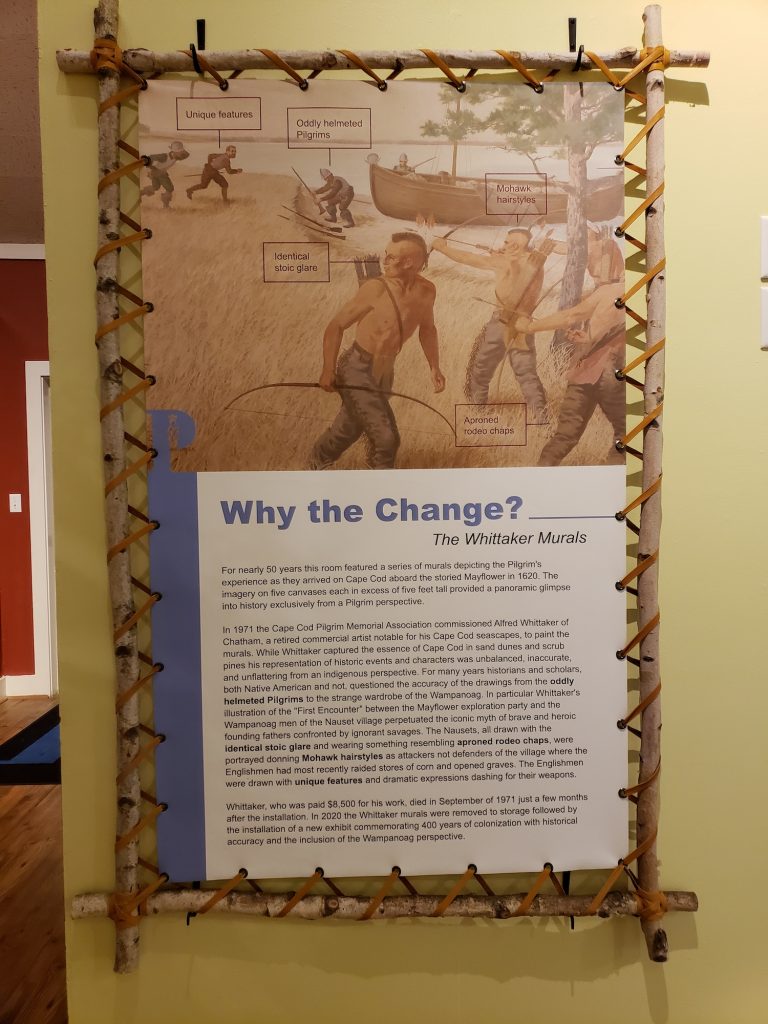 We commissioned the creation of Our Story (our new interactive exhibit, curated by Wampanoag member and historian, Steven Peters) with one main goal in mind – tell the Wampanoag’s history on Cape Cod accurately. Period. Not a white-washed, biased version that was more convenient to one side versus the other.

To do this, the first thing we realized we had to do was recognize how our own institution was perpetuating a false narrative. Case in point, our displaying of the Whittaker Murals, which were very much painted with the aforementioned, biased lenses. They were among the first things to change with our new exhibit.

If you ask the Wampanoag about their encounters with European settlers, their stories don’t paint things in a positive light. Let’s not forget the story of Tisquantum or “Squanto.” He was key in the Mayflower Pilgrims’ early relations with the Wampanoag in Plymouth — because he spoke English. How did he learn? He was kidnapped by explorer Thomas Hunt and taken to Europe and sold. He returned to his home in 1619, only to find his village decimated by an epidemic. Sadly, the trend of Native American hardship and mistreatment would continue for hundreds of years and through today.

As an institution whose very being starts with acknowledging the region’s original residents, we salute the ongoing change toward more widespread observance of Indigenous Peoples’ Day. We also encourage everyone to take a deep look at what the day means.

Indigenous Peoples’ Day is a celebration of Native Americans, their culture and long overdue recognition of the original stewards of this land. Unfortunately, it also represents the start of a colonial conquest of their territory, culture and lives, resulting in the deaths of millions and continual oppression of those who survived.

Will a day of recognition change the past or right wrongs? No. But it’s a step in the right direction.

We will be very interested to see how many more cities and states observe Indigenous Peoples’ Day. South Dakota started it in 1990 as the first state. In 1992, Berkeley, California was the first city to do so.

These changes represent signs of progress. As with so many things, admitting there is an issue is the critical first step. Despite classroom lessons about Columbus “discovering” America, it’s pretty commonly accepted now that his discovery was accidental. Education and teaching accurate and complete histories is the key to altering society’s perception and increasing understanding of our past.

Again, this is why creating Our Story to tell the Wampanoag’s history accurately and correctly was mission-critical for PMPM. And we will continue to ensure we spread our message of TRUTH, artifact by artifact, exhibit by exhibit and wing by wing.

If you haven’t had a chance to experience Our Story: The Complicated Relationship of the Indigenous Wampanoag and the Mayflower Pilgrims, we encourage you to do so. Today is a great day to learn more about Native Americans, their history and their culture.

Regardless of what you do this Indigenous Peoples’ Day, please make sure you stop, think, understand and respect the past while appreciating positive change.