Annual Lighting of the Pilgrim Monument 2019 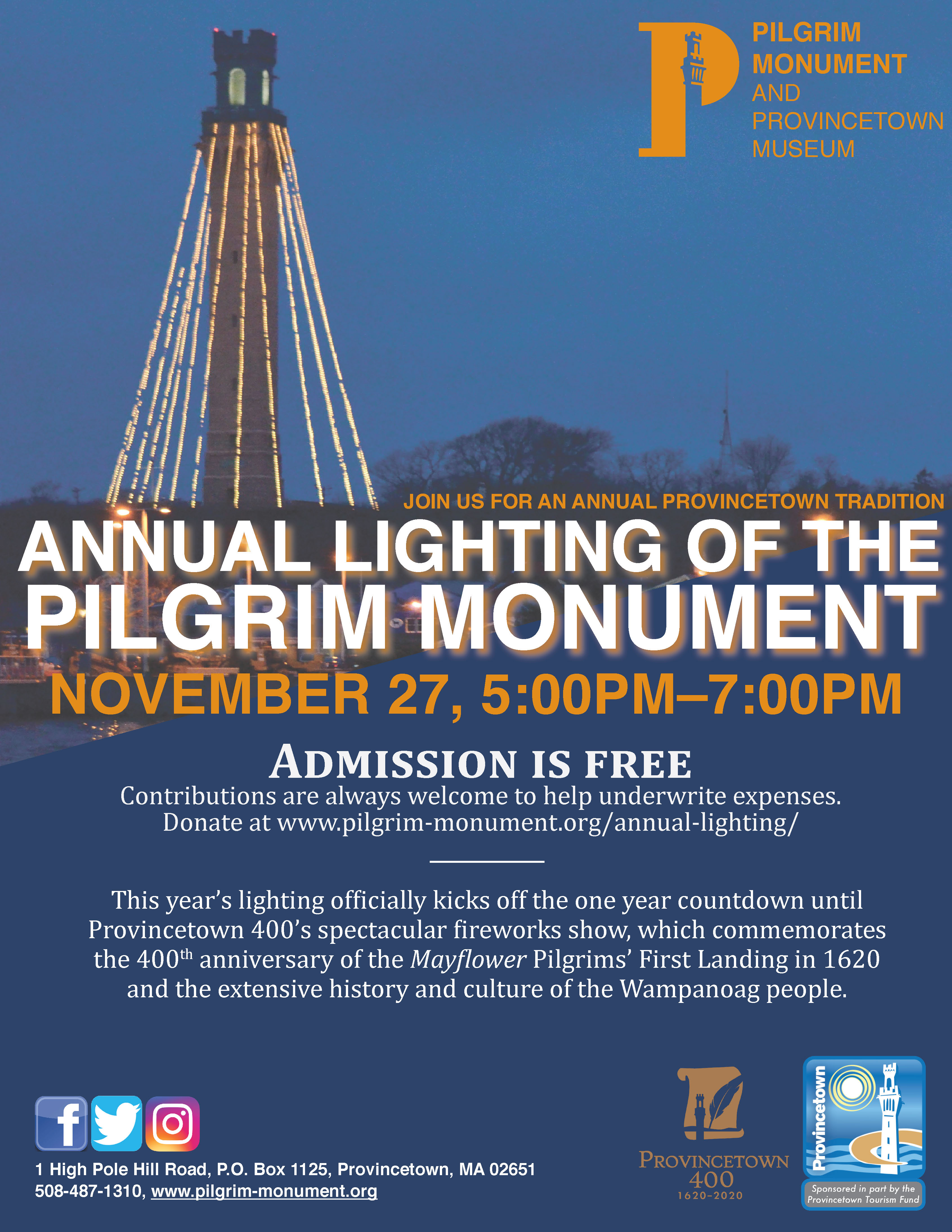 The Annual Lighting of the Pilgrim Monument, which celebrates the Pilgrims’ First Landing in the New World in Provincetown on November 11, 1620, is one of Cape Cod’s most beautiful traditions and one that is supported by PMPM’s members and friends.

The 2019 lighting ceremony will take place on Wednesday, November 27, 2019 from 5pm-7pm at the Pilgrim Monument & Provincetown Museum (PMPM). This year’s lighting officially kicks off the one year countdown until Provincetown 400’s spectacular fireworks show, which commemorates the 400th anniversary of the Pilgrims’ First Landing in 1620 and the extensive history and culture of the Wampanoag people.

Every year, people from near and far come to this iconic event to witness the Monument festooned with more than 3,100 “landing lights” which shine nightly through January 6 of the following year. Admission is free, and light refreshments and entertainment are provided.

This year’s Annual Lighting will be live-streamed on the PMPM Facebook page: www.facebook.com/pilgrimmonument/.

Learn more about how you can support the annual lighting here.

The PMPM at Boston Pride!