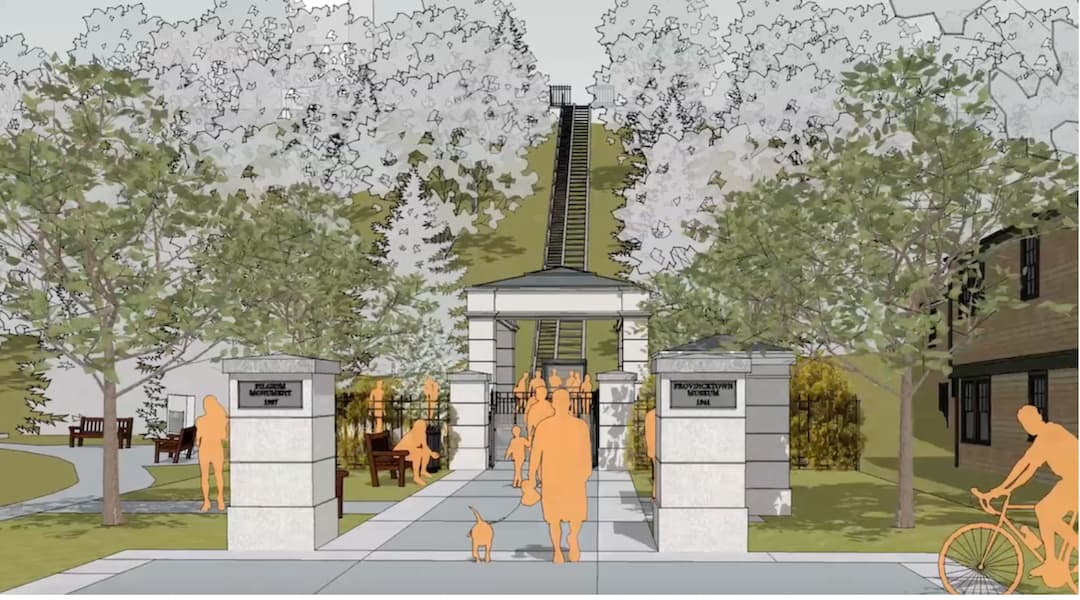 The Cape Cod Pilgrim Memorial Association/Pilgrim Monument and Provincetown Museum (PMPM) and The Cooperative Bank of Cape Cod (The Coop), have announced a strategic partnership to fund the Bradford Access Project, which will include the building of an inclined elevator to connect the monument on High Pole Hill to downtown Provincetown.

The Bradford Access Project will extend the monument’s “front door” down to Bradford Street, which will create an easier flow of foot traffic between the two locations. The new Americans with Disabilities Act-compliant inclined elevator will not only increase accessibility and tourism, it will have lasting economic benefits to Provincetown’s business community beyond its projected completion in early 2021.

The Cape Cod Pilgrim Memorial Association, which oversees PMPM, is paying for the Bradford Access Project. Construction will require no public funds and the inclined elevator will operate on land already owned by the Association. In addition to $4.5 million in funding from The Coop, the project is supported by the Massachusetts Cultural Council and MassDevelopment.

Read the full article now on Cape and Plymouth Business