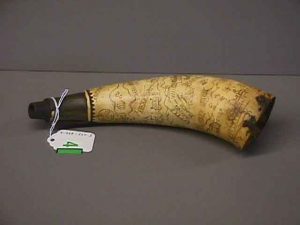 Scrimshaw is the practice of scrollwork, engravings and carvings done in bone or ivory. In New England, scrimshaw was typically engraved into bones, teeth or cartilage, most commonly from sperm whales. The tusks of walruses were also used. To pass the time on long voyages, sailors began practicing scrimshaw, considered to be one of the only art forms that originated in America. 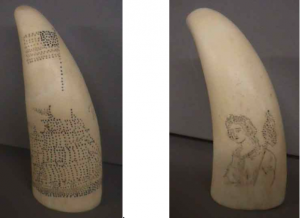 Whaling’s roots in New England date back to the 17th century. American commercial whaling began when settlers took advantage of whales stranded on beaches and in shallow waters. Oil for lamps was scarce and every drop rendered from whale blubber was a drop that did not have to be purchased from England. Though an unreliable enterprise, drift whaling became so important that colonial authorities enacted laws governing the communal profit shares of stranded whales.

In the mid-18th century, a chance encounter by sailors with a sperm whale opened a new chapter in American whaling: pelagic whaling. Nantucket whalers began sailing farther and farther offshore in a systematic, deep ocean pursuit of sperm whales and their valuable spermaceti oil. Nantucket’s early commercial success induced numerous coastal ports to join in the hunt for sperm whales, including Provincetown. 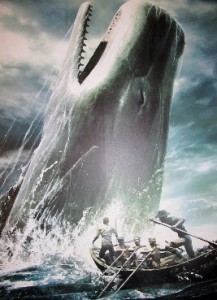 Be sure to come see these artifacts for yourself and learn more about Provincetown’s whaling history.